In the summer of 1627, Moorish corsairs from the north coast of Africa raided Iceland. In four ships, theyattacked settlements on the eastern and southern coasts, and on the Westman Islands off the south coast, taking close to four hundred captives away into slavery. Among those captured on the Westman Islands were the Reverend Ólafur Egilsson, a Lutheran Minister in his sixties, and his family. The Travels of Reverend Ólafur Egilsson (Reisubók Séra Ólafs Egilssonar), is Reverend Ólafur’s own account of his capture in Iceland, his time as a slave in North Africa, and his subsequent travels across Europe to Denmark to raise ransom money for his wife and children. Along with Reverend Ólafur’s first-hand account, the book also includes a series of letters written by the captives themselves and by eye witnesses to the raid. The Reisubók describes both Christian and Islamic civilization in the seventeenth century and tells a powerful, altogether remarkable story. The letters bring to life both the details of the raid itself and the conditions the Icelandic captives endured as slaves. None of this has ever before been translated into English. Czytaj dalej. In the summer of 1627, Barbary corsairs raided Iceland. They killed dozens of people and captured over four hundred, packing the captives abroad their ships and transporting them to North Africa to be sold in the slave markets there. The first place the corsairs attacked in Iceland was Grindavik. This book recounts the story of that attack and its aftermath - a story that has never been told. Czytaj dalej (www.reisubok.net). 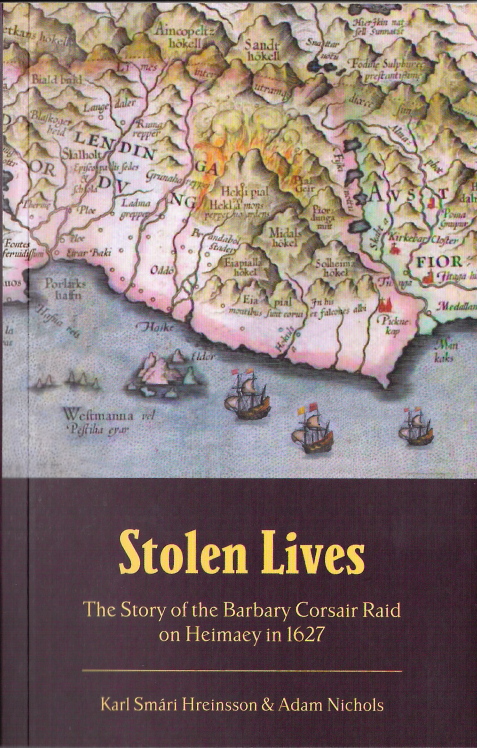 In the summer of 1627, two groups of Barbary corsairs raided Iceland, one from Sale, on the Moroccan coast, and one from Algiers. Between them, they killed dozens of people and captured over four hundred, packing the captives aboard their ships and transporting them to North Africa to be sold in the slave markets there. Most of these captives were taken from Heimaey, one of the Westman Islands. This book recounts the story of the corsair raid on Heimaey and its aftermath, a story that has never before been told in full. Czytaj dalej (www.reisubok.net).